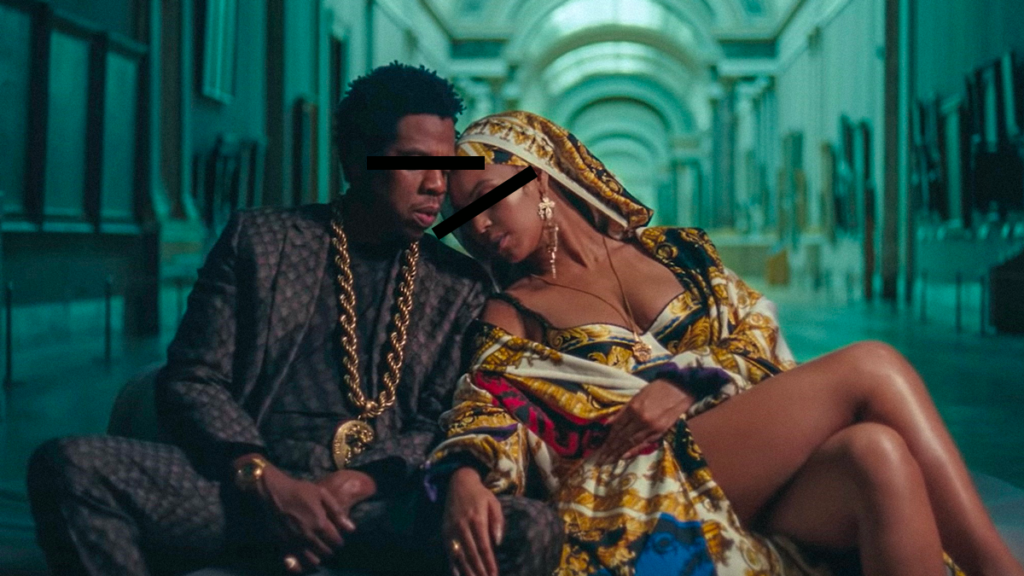 As we enter a summer full of hay fever and album drops, we can only pray to the streaming gods that winter isn’t as boring as Jay Z and Beyoncé are becoming.

Now before we start this isn’t a shame piece, this piece comes from an absolute fan of both who is just bored of their shit. Beyoncé and Jay-z (The Carters) are living icons in the truest sense of the word. The couple are worth a massive $1.35 Billion combined. So surely that means they are ahead of the game right?

After a year full of controversy where the public became completely involved in their private life. The couple have both since released their own albums. Jay z’s 4:44 was actually progressive and fairly impressive. Beyonce’s was trash…

The Brooklyn Rapper completely turned the hip hop is dead augment with a project that was undoubtedly that. A project that didn’t try to hard to be relevant whilst at the same time, touching on social issues. Yes lyrically incredible but not iconic because Rap is more than lyrics.

Yet, all in all as a body of work we found 4:44 to be a the equivalent to a social science lecture at Oxford. Incredibly educational but probably boring.

Beyoncé’s lemonade on the other hand was just boring. As a pioneer of POP, Bey’s past album’s gave us Drunk in love, Me my self and I and a million other cross over bangers. That all being said, since then saw a rapid decline in notable music. Actually, the only song on the whole album that even slightly scratched the surface was Formation.

When you look at the credits and the support The carters album had, you’d expect it to be the greatest album of all time. With help from people like Pharrell (who has the best verse on the album) and James Flauntleroy. To be honest, it begins like it could be just that, great. Summertime is well written well produced and literally beautiful.

Then they ruin it by trying too hard. Delving into a vibe that just isn’t them, yes they can do what they like, but what makes this album worse is the fact it could have been incredible. In-between every great track there is a trash one. It throws the nature of the project off, themes get lost and it just feels like an album full of bragging. Cool. That’s great for you.

(Because we are here to review):

2:41 into 713 – till the end. This 34 second piece of genius is exactly what we mean. This album could have been so great but we had to listen to 2:41 of trash before we got there.

Anyway, we have a saying here “Men lie, Women lie. Numbers don’t” and Beyoncé and Jay have just come off a sell out world tour. So if they are selling why do we think they are outdated? Great question, thanks for asking. It’s simple, we allow it because we convince ourselves that they are still great.

Now to conclude this pointless and fairly ranty article (Sorry), having Jay and Bey around is great. Honestly, we love what they do for the world in terms of charity. But they just aren’t that good at music any more so lets stop with the gas. Please.